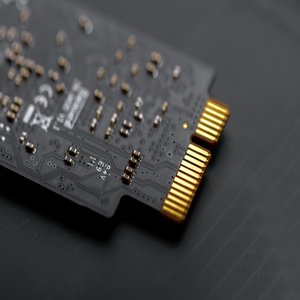 TAA Compliance means Osprey is perfect for government agencies and the US military.

What is M.2?
The M.2 small form factor applies to many notebook computers and PC add-in card types, such as Wi-Fi, Bluetooth, Near Field Communication (NFC), Wireless WAN (WWAN) and Solid-State Drives (SSDs). We will be offering two types of product in this form factor: M.2 SATA (now shipping) and M.2 NVMe (shipping end of September).

What is the difference between M.2 SATA and M.2 NVMe SSDs?
The primary difference is performance. NVMe is capable of speeds up to 2050MB/s, more than three times faster than SATA.

What is NVMe and why is it trending?
Non-volatile memory express, also known as NVMe or NVM Express, is a specification that allows a solid-state drive (SSD) to make effective use of a high-speed Peripheral Component Interconnect Express (PCIe) bus in a computer or server.

In what systems do M.2 SSDs work?
Motherboards using the recently released Intel z97 and AMD FX 990 chipsets support M.2 SATA and PCIe SSDs. In addition there are numerous notebooks already supporting the M.2 SSD. Server support is expected soon. Today Supermicro makes the only M.2 compatible server motherboard, but most OEMs are rumored to have them on their roadmaps.

Back to the SST Storage Products Page